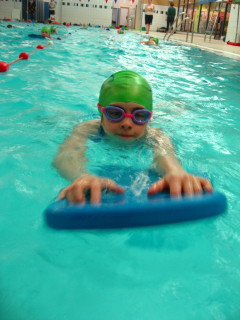 Hi everyone and welcome to my swimming story. I am Mollie White and am 15 years old. I have been a member of the North Norfolk Vikings Swimming Club for 5 years. I joined the club back in 2014 when I was 10 after completing majority of stages in the Victory swimming lessons that I had done since a very young age. I joined the club after being at a primary school gala and the head coach at the time approached me and asked if I wanted to go for a try out. I was very nervous about the try out but went along soon after. At the try out I got told I would be put straight into Development 3. I was very hesitant to get in the pool refusing point blank nearly every time. Until the coach said one thing to me and from that day on I have been swimming with the Vikings based at the Victory in North Walsham.  I haven’t had my time plain sailing, I have had three injuries but have worked through them and recovered.

After being at the club for a while I started to do Galas. The first one being in Sudbury as a little 11 year old not really knowing what she was doing, not to mention the fact I was extremely ill but didn’t want to let my coach down so I went and got in the pool to compete. Many galas later I managed to qualify for the Norfolk County finals. I continued to compete at county standard for a while. I achieved becoming County Champion in the 50m&100m Breaststroke. The feeling I got after that day made me realise that I had a real passion for the sport! I continued training at the club and in 2015 I reached East Region Championships. Qualifying in 50m Breaststroke. Since then I have qualified for every County Championships competing in multiple strokes and distances. Also qualifying for every  Summer and Winter Regional Championships in 50m,100m&200m Breaststroke. Summers being age categorised and Winters being open age. I also got selected to swim for Norfolk in the Breaststroke. In the future I hope to get to Nationals as last year I was only 1 second off the consideration time. I like competing because it puts all your hard work in training into perspective and what it can really achieve.

I am now currently in Squad one and train 5 times a week, 11 and a quarter hours per week!  I enjoy swimming at the club because even though it isn’t as big as other clubs everyone gets along very well and there is a fantastic sense of community amongst the swimmers and coaches.  The older swimmers always look out for the younger swimmers and each other. We also push each other in training and train off of each other in the harder sets racing people a similar speed to us.

My best stroke is by far Breaststroke and I have achieved the most within that particular stroke e.g. becoming county champion and qualifying for Summer and Winter Regionals in all three distances (50m,100m&200m). When we train my favourite types of sets are the swim sets with land training incorporated and the set, sets we do too see how much we have improved over a set period of time.

Outside of swimming I am part of the schools Netball and Rounders team. We won best state school in Netball back in 2017. I also take on many responsibilities around the school helping where ever I can.

I hope to see the club growing in size and achieving great things. 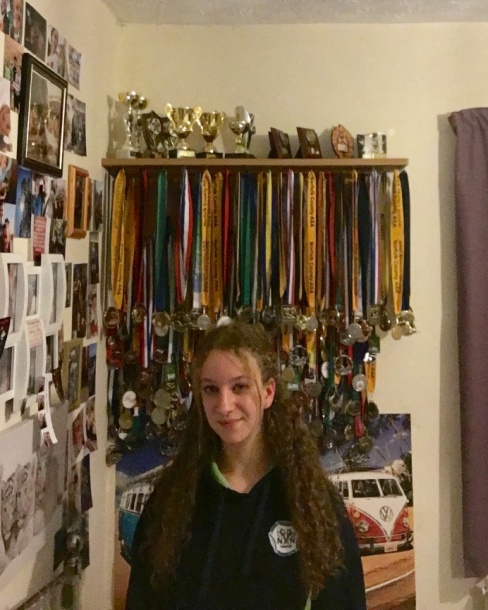 Harry Barwick now 13 years old,  started having swimming lessons with the Vikings Learn 2 Swim lessons when he was 6 years old , starting late to learn to swim as he suffers with severe eczema he was  not going to be deterred. He moved onto the main club within a year and has never looked back. Harry regularly takes part in competitions and team galas and last year was awarded Boys Junior Captain. He will confess that he is a bit of a joker but takes his training seriously . He trains four or five times a week and he says,  ” I really enjoy training and my favourite strokes are backstroke and front crawl but would like to be better at fly . I’ve made some great friends and love to cheer my team mates on at galas. The coaching is really good though sometimes hard ( especially kick sets ) !! , but I enjoy it and really like land training as I’m very sporty and competitive. I enjoy our social events especially tubing at the local ski club and enjoyed the week at Kingswood Activity Centre.”

Harry’s goal is to get to regionals one day! 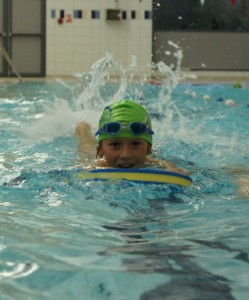