It was the time for the junior swimmers of the North Norfolk Vikings Swimming Club to deliver their very best when they travelled to compete in Diss in a team of sixteen, ages ranging from seven to eleven.  For some it was their first experience of competition.

Nerves faded quickly right from the first event when  Reuben Seaman of Aylsham got vikings off to the perfect start by winning gold in the 100m Individual medley in 1:49.0 His elder sister Esme, immediately followed with another Viking gold over the same event finishing the course in 1:35.73. The decisive element of her swim was her butterfly as she breathed every five strokes which pulled her to the front after the first leg of the event. A technique which she repeated twice more when she gained two more gold medals for the stroke; 25m in 21.31 and 50m in 47.72 respectively.Reuben,meanwhile was busy again  with two more gold medals; the  25m freestyle (18.47) and the 50m freestyle (44.19) respectively.

Debutants Evie Bates, Bebe King and Razvan Platon  all won a gold medal. Evie had a close race in her age group when she touched first in 0:17.31 in winning the 25m freestyle by just three, one hundredths of a second from Elizabeth Ferrier of Diss Otters. Evie, from Sheringham, went on to win bronze in the 50m event in 0:39.76

Bebe’s 50m backstroke was also close when the eleven year old from North Walsham  touched the wall first in 0:46.97 from Great Yarmouth’s Jessica Hurren’s 0:47.19. There was a double delight for vikings when Lily Dear captured the bronze in 0:52.82. in the same event.

Razvan – who makes a round trip of  twenty – eight miles to train at the Victory pool in North Walsham – won gold  in the corresponding boys event in 51.51 to add to his bronze medal he achieved in the 50m freestyle in 0.43.67.

(to access full results go to our home page,club swimming, first tab down) 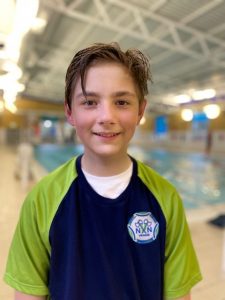 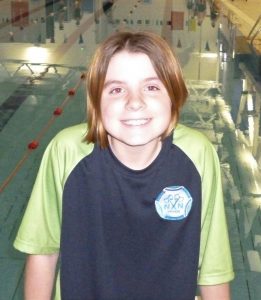 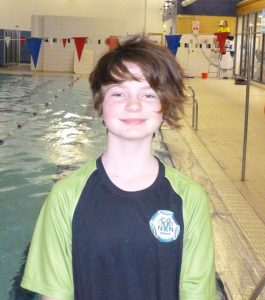