On Saturday 8th July the Club took a team of fourteen swimmers to the City of Norwich Midsummer Madness Meet, a long course level 3 competition held at the UEA Sportspark. Packing three long sessions into a single day, the swimmers were under a great deal of pressure to perform in large number of races back to back, but rose to the challenge well, achieving a total of 57 personal bests out of 77 swims finishing in a medal position a total of 33 times, 14 of these being Gold, 10 Silver and 9 Bronze.

The morning session kicked of with the girls 200IM, both India Weston and Abi Gotts improving on their previous personal bests by three second each, Emily Haslam also swam a great race winning her heat by a large margin. 200m Freestyle being the next race where Dylan White finished second in his age group. Dylan also swam in the 50m Backstroke in the morning session achieving a personal best time as well as winning in his age group. Also in the same age group Ilor Gjoka won the 100m Breastroke, as well as finishing second behind Dylan in the 50m Backstroke. Mollie White and Abi Gotts also had two first place finishes in their age groups for 50m Breastroke, both achieving personal bests.

After a short break all the swimmers were back in for the second session, starting with the girls 200m Freestyle, with three girls racing, Abi Gotts, India Weston and Matilda Meyrick producing two golds and a silver, Abi and Matilda achieving personal bests. The girls also achieved three medals in the 50m Freestyle, Emily Haslam winning her age group and improving on her personal best by over a second. Not forgetting the boys, both Dylan White and Luke Babbs taking second place in their age group in the 100m Freestyle, Luke taking a second of his personal best. Ilor Gjoka finishing the session with gold in the 200IM.

The final session started with the girls taking part in the 50m Butterfly, 100m Freestyle and 50m Backstroke events, 50m Butterfly had four swimmers taking part, Emily Haslam winning the 13 year category, Matilda Meyrick finishing 2nd in the 14 years and  over category, Abi Gotts swam a good personal best to finish 2nd in the 12 year category, whilst Leah Harris, Matilda Meyrick and India Weston all finished in the top six. The final event of the day was the 50m Freestyle with Dylan White finishing in second place and Luke Babbs finishing third, both boys having a great race despite being tired after a long day, and produced some excellent personal bests along the way.

This event marked the end of the 2016-2017 racing season and all the swimmers finished the season with a great set of results.

This year the club sent seven swimmers to the annual ASA East Regional Championship, held in both Luton & Norwich, a significant improvement on the previous year. These championships  saw all the top swimmers from all the east regional counties coming together to compete over two weekends. With the ASA National qualifying window nearing the end, the stakes were high and the swimmers were under a great deal of pressure to produce some good results.

Two of our swimmers were competing at Luton at the youth championships from 29th of April-1st May, Immy Horne-Morris was competing in the 50m Breastroke in the 16 year age category, finishing in respectable 22nd place.

India Weston competed in six events, making 3 finals in the 15 year age category, day one began with the 50m freestyle finishing with a respectable 29th place, followed by the 200m Breastroke event posting a heat time of 2:50.30 ranking her 6th going into the final, holding the field well and increasing her stroke rate in the final 50m to finish in 5th place and improving on her heat time by over 2 seconds touching in 2:48.06. India also made the finals in 100m Breastroke, finishing 5th & posting a time of 1:19.14, & finishing 6th in the 200IM posting a time of 2:32.94, This was India’s second Regional championship, competing in her first in the 50m Backstroke, India continues to make significant improvements & we look forward to seeing her make more improvements in the coming months & seasons ahead.

Four weeks later , five of our junior swimmers were competing at the age group Regionals held in Norwich over the May bank holiday weekend. Abi Gotts, Emily Haslam & Alanya Shaw were competing in their first Regionals, with Mollie White & Matilda Meyrick returning from the previous year.

All the girls raced well throughout the three days, achieving long course personal best’s, finals, & medals along the way, Emily Haslam swam a strong race in the 50m freestyle, finishing with a time of 30.61, in 35th place out of 61, in the 13 year old category, a good result & pb. In the same race Abi Gotts swam a good heat to finish 7th in the 11/12 year old category, progressing to her first regional final finishing 8th overall. Abi also competed in the50m, 100m, & 200m Breastroke events as well as the 100m & 200m freestyle events. On the final day Abi swam a fantastic 200m freestyle race, pulling away from the field in her heat on the first 50m, attacking the race from the start, maintaining her lead only to be touched into second place by a tiny margin, missing out on a place in the final, however producing a very respectable pb of more than 2 seconds touching in 2:27.33, a great swim overall.

Alanya Shaw, also having struggled with injury this season finished 24th in the 100m Butterfly, & 30th in the 50m Butterfly in the 13 year old category.

Finally Matilda Meyrick had some good performances in the Backstroke Events, collecting two bronze medals in the 50m & 100m, & gold in the 200m Backstroke. After disappointment in the 200m Backstroke heats Matilda went into the final in second place, maintaining the second place through most of the race behind Emma Cruickshank from team Ipswich, increasing her stroke rate effectively in the last 50m to gain the lead & take the win.

Overall with Vikings swimmers making eight finals over the two weekends, all producing some respectable swims, a great effort & a good indication of direction the club is moving in, I would hope to see an increase in the number of swimmers qualifying in 2018.

Well done to everyone who took part in these championships.

To all Parents & Swimmers

please be aware our last swimming session before summer break is Sunday the 5th of August.

The new season will resume on Monday 21st August 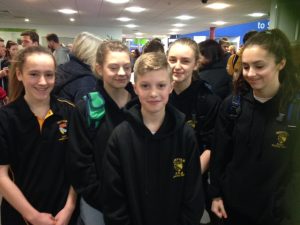 We would like to apologise for any inconvenience caused, but due to the minimum order requirements not being met, we will not be receiving the new kit, all those who have ordered & paid for kit will be receiving a full refund if not already.

We are still in the process of sourcing a new supplier, and will make everyone aware as soon as we know anything.

And they’re off! Our sponsored swimmers are pounding the pool to raise pounds for the club

Our aim is to swim a combined distance of more 90 miles – the distance to Thetford and back. Thetford is where the County Championships are being held.

We want to use the proceeds to buy an underwater camera – brilliant for our coaches to help our swimmers get even better.

Please be aware of the following pool closures for 2016

We are closed on all bank holidays

We’re inviting all of our members to take part in a sponsored swim, on March 24th, 25th and 26th March. Our aim is to swim a combined distance of more 90 miles – the distance to Thetford and back. Thetford is where the County Championships are being held.

We want to use the proceeds to buy an underwater camera – brilliant for our coaching to help our swimmers get even better.

Or they’re available on the front desk at The Victory, or ask for one to be emailed by contacting alan.monsey@gmail.com 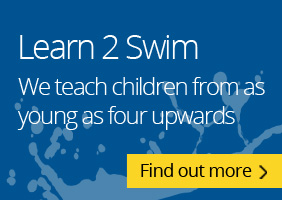